Here’s a story of how managers detected a problem, but by not understanding the cause of the problem of the type of variation the problem represented, applied the wrong type of solution which meant things were worse for everyone:

Once upon a time in a large financial institution that had many thousands of people in their headquarters, a handful of hourly-paid contractors got their manager to sign their time sheets for times they did not work.

This was clearly a type of fraud and the police were called and the contractors went to jail.

The senior managers looked for a way of making sure it would Never Happen Again.

They came up with a cunning plan! Connect the time clocks in the security gates with the electronic time tracking system for all contractors (yes, even those on day rates). 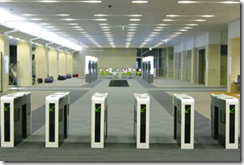 A little while later, some of the contractors began to change their behaviour. They started to watch the clocks themselves and only work the weekly 40 hour minimum number of hours. When they went out for a big lunch, they stayed out longer if they’d “done their time already this week”.

One clever team of contractors even worked out the rounding rules of the gate system so that if they arrived by 9:14 in the morning it would round their time back until 9:00 effectively saving them from having to work 70 minutes each week. Some of them even set timers to go off around the end of the day so they didn’t stay a minute longer than they were being paid for!

This story highlights the importance of understanding the cause of a problem and the type of variation the problem represents before trying to solve the problem.

Common cause vs special cause
In this case, the small handful of hourly paid contractors were not representative of the thousand of other full time employees and contractors in the building.  So the fraud they committed was not a signal that something was wrong with all the people in the building, but instead just a tiny minority. Rather than seeing this problem as a signal that represented a special event with an identifiable cause (referred to as special cause variation) the management acted as if this was a problem with all contractors in the building (something that could have happened in any team at any time – referred to as common cause variation)

In a special cause situation it’s worth asking “is there a specific root cause that explains what happened here?” because it’s likely there are a small number of identifiable causes. In the absence of good data (such as a longitudinal plot of data), a useful rule of thumb is to ask “If we replaced this bunch of people with another bunch of people would the problem occur?”. In this story, there were hundreds of other hourly-paid contractors in other teams who did not fabricated their timesheets, so the answer is probably ‘no’ indicating that this was likely a special cause situation. In a common cause situation there’s no point asking “what was the cause of this?” because there are multiple sources of variation (causes) all contributing to the problem.

The fix for a special cause situation is to go to the root cause and see if it can be prevented.  Indeed in this story it would have been useful to question the manager involved and understand what lead him to sign timesheets for times that his team did not work.  The fix for common cause variation (and most variation is common cause) is to go and study the situation, experiment and try and look for patterns or trends in the data before making a change to the system.

The story above is actually a reverse of the more common scenario where managers often treat what is a systemic problem as a special cause and blame the individual. There are many examples of this such as setting targets for sales in call centres (tip: most of the sales are the result of customers who want to buy phoning in, rather than the technique of the person who receives the call).

Have you seen examples of tampering where the wrong type of fix was applied to a problem? (such as yesterday’s blog where a manager tried to change the team’s process to cater for the behaviour of specific individuals) Do you have stories of fixes that were applied to the whole system when there was a clear special cause that could have been prevented at its source (e.g. sign-offs in a deployment process)? Please share your story in the comments.

Hi, I’m Benjamin. I hope that you enjoyed the post. I’m a consultant and coach who helps IT teams and their managers create more effective business results. You can find out more about me and my services. Contact me for a conversation about your situation and how I could help.

Hi, I’m Benjamin. I hope that you enjoyed the post. I’m a consultant and coach who helps IT teams and their managers consistently deliver the right software solutions. You can find out more about me and my services. Contact me for a conversation about your situation.
View all posts by Benjamin Mitchell »
« Previous post
Next post »